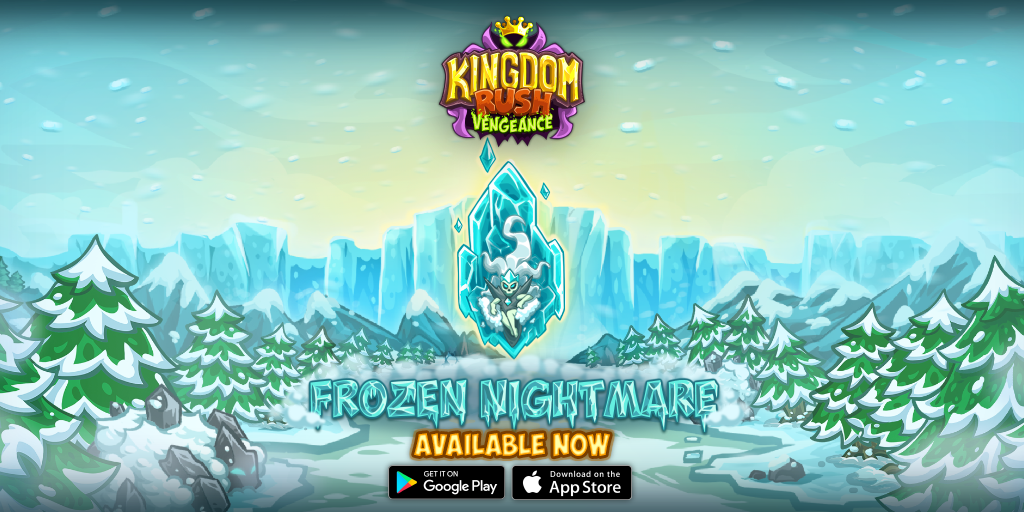 General, are you brave enough to defy the fearsome Ice Queen?

The great battle against Jokull broke the blocks of ice that had held her imprisoned for millennia. Now, as the temperature drops way below zero, ancient creatures are arising to obey her command. We need your help to eradicate her army and put an end to the Ice Queen's reign.

The nightmare is beginning, will you answer the call and put an end to it?

Get Kingdom Rush Vengeance on Android and iOS!

From us to you: We wish your new year is full of joy, laughter, and exciting adventures Happy new year!

It´s Kingdom Rush Vengeance´s first anniversary and we want to celebrate it with you!

This spooky and fearless hero is unstoppable!